Beatrice Prior- Is the main character in the book and also the one that narrates the book. She is sixteen years old with dull blonde hair that is usually in a knot on the nape of her neck. She has a small  but built frame where some people tell her she looks like a guy.   Beatrice, who goes by Tris, comes from an Abnegation family.  But Tris desires a better, more exciting life for herself. When she goes through a stimulation to show her where she belongs in the society her results are inconclusive and it told that she is Divergent and must not tell anyone for the sake of her safety. During Choosing Day she makes a difficult decision having to choose between Abnegation, Dauntless, and Erudite. Turning from her family and the only lifestyle she’s ever known, Tris makes a startling choice when she chooses Dauntless. She then immediately joins her faction having to go through  many obstacles that test her bravery, strength, and skill. Along the way she meets new friends and falls in love with her instructor.

Tobias- Tobias, also referred to as Four due to him having only for fears which is the lowest ever recorded in Dauntless history, is mysterious and dark, eighteen year old Four ranks first within Dauntless’ trainers. He has deep-set dark blue eyes with long lashes and is six feet tall looming over the majority of the fraction.  At times seeming almost cruel and tyrnat-like. Four, like Tris, was originally a Abnegation and then switched to Dauntless. His dad is the leader of the society but does not except the fact that Four is his son. Four soon falls for Tris and they end dating before the first book is over.

Eric- Is the primary antagonist in the book. He is brutal, cruel, and murderous. Eric forced his way into the Dauntless leader and takes advantage of it. Before the book ends we find out that he has betrayed his on faction and is helping the Erudite take over.

Christina-  She is tall with  dark brown skin with short chin-length hair. She is originally from Candor, but made the switch to Dauntless the same day Tris did. Christina becomes Tris's best friend through the Dauntless initiation and helps her make it out alive. This is Tris's first friend and values her opinions very much.

Tori-  She is the instructor the administers Tris's aptitude test and informed her that she was Divergent. Tori is divergent herself Tris often goes to see her on advice and questions about what she is. She is also a tattoo artist inside the Dauntless compound. She has dark angular eyes and is covered in tattoos all having to resemble her life and fears.

Jeanine Matthews – She is a leader of Erudite based on her IQ, Jeanine writes articles packed with lies about Abnegation simply because she hates that all members of the parliament come from Abnegation.  Jeanine becomes a major player when she partners with Eric to develop a serum with the sole aim to destroy all of Abnegation.

Caleb Prior – Caleb is Tris's brother.  He has dark hair with green eyes, dimpled cheeks, and a hooked nose.  Caleb had once displayed himself as the true form of Abnegation.  His transfer to Erudite shocked his entire family and almost caused Tris to back out of her decision for fear of destroying their family.  Caleb is asked by Tris to investigate Jeanine.

In Beatrice Prior's dystopian Chicago, society is divided into five factions, each dedicated to the cultivation of a particular virtue--Candor (the honest), Abnegation (the selfless), Dauntless (the brave), Amity (the peaceful), and Erudite (the intelligent). At the age of 16, teens are required to complete an aptitude test to define the faction they are most suited for. Beatrice discovers that she is Divergent, having an equal aptitude for more than a single faction. Her choices are Erudite, Dauntless, and Abnegation. Even though she is considered a Divergent she is considered extra special because most Divergent have only two aptitudes. The following day they must choose which faction they will devote their lives to. A phrase throughout the book is "faction over blood". That quote is taken very seriously. Beatrice must decide whether she wants to stay in the never changing world of Abnegation along with her family, while denying her true self or if she wants to embrace who she is at heart. She chooses Dauntless, surprising everyone.

Dauntless initiation is highly competitive, and aimed at preparing initiates to eliminate cowardice. Beatrice renames herself upon arriving at the Dauntless compound, to “Tris”. everyone doubts she will make it as a Dauntless, but proves herself worthy when the first task is to jump into a dark pit that no one knows what lies below. She is then known as "the first jumper" and people start to accept her. She struggles to find out the truth of who her friends are, who she truly is at heart, and how she feels about her trainer. Four, her trainer, discovers what she is and helps her disguise it since he is also divergent. Four and Tris get really close by helping each other through their fears in the fear simulator and getting through initiation alive.

Tris has a deep secret, kept locked away to heed the warnings she’s heard that it may be the, literal, death of her. Tris discovers that tensions between factions are mounting, and they threaten to unravel her society–not merely a single faction. She finds that her closely guarded secret could help her to save her loved ones… but it also could destroy her.

One night Tris is awakened by the sound of footsteps and sees everybody getting dress, getting guns, and walking in straight lines to the train. She discovers that no one is aware of what they are doing and are under a stimulation to go to Abnegation headquarters and kill all the leaders. Her and Four are immune to the stimulation due to their divergence but try to blend in not wanting to get caught. When Eric puts a gun to Four's head him and Tris expose themselves and run trying to warn the others. Tris is captures and sent to die when her mom finds her. She finds out her mom knew all along what she is and tells her what is happening and how to fix it along with cryptic messages that she does not understand till the next book. Tris watches her mom and dad die as she tries to save the city and stop the stimulation. This is leads to complications down the road causing her to panic whenever she picks up a gun. Tris and Four end up stopping the stimulation but know it is not safe for them anymore so they run to the Amity seeking protection. The book end with them on the train with other escapes not knowing what lies ahead. 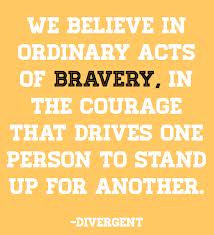 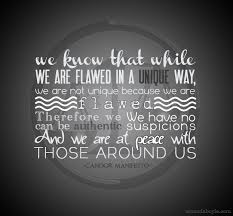 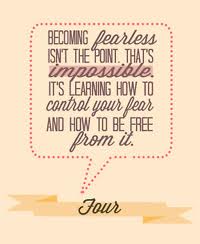 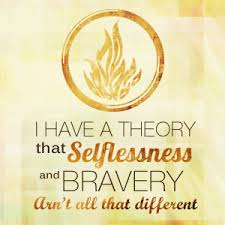 The movie for Divergent has not come out yet but the trailer has. The trailer starts off just like the book did. Beatirce's mom has just finshed cutting her hair and putting it into a bun for the day of her aptitude test. The next scene shows the differnt fractions in their groups. The Abnegation is wearing all gray, the Erudite are wearing blue, the candor wearing black and white, the Amity wearing red and orange, and the Dauntless come on screen wearing all black and jumping of the train just like the book. Nest omes the part where Tris and Tori are in the exam room and Tris has broken the stimulation, meaning she is aware that its not real and has woken herself up. This then leads Tori in telling her what she really is. Then the trailer jumps to the part where Tris shows everyone that shes not afriad and becomes the first jumper. Once she lands in the pit she meets Four for the firt time. Then they do a monatge of all the training scenes. So far everything in the trailer is correct to the book. The only thing I have to mention on is that I imagined the training arena much darker with cave walls. Though they show it all white. I am not sure if i misintterupted the book wrong or if the director changed it. They then show Four's tattoos which are just what was described in the book and even in the right placement. After that the trailer show bits and peices of various scenes not going in order. Though from the book I can understadn that they show when Tris helps Four climb a ferris wheel because he is afraid of heights, when Tris goes ziplining for intation, the attack on the stimulation in Abnegation headquarters. Then the trailer ends.

I am throughly impressed on how well the trialer is. As far as I can tell the movie is straight from the book and that makes me happy. Though I will have to wait till March 22 to find out if I am correct. I believe the director did a great job on this trialer and I am exicted to see it. I also believe that someone who has not read the book has a general idea of what the movie is about and would also want to see it.
Symbols

When reading How to Read Literature Like a Proffesor it encoraged me to look for things in the book that have a deeper meaning than descriped, those things are referred to as symbols. There are many symbols in the book, but they mostly appear in Tris's fear landscape. The first fear she has is standing in an open field when all of a sudden all these birds come out of no where and start attacking her. One can interpret this as her fear of losing control and becoming powerlessness. Another interpretation is that the crows represent her family since she got a tattoo of three birds on her collar bone to represent her mother, father, and brother. Then the attack could resemble how she is afraid of her family attacking and hating her for leaving the Abnegation.

The next fear she has is her stuck in a glass tank that is slowly filling up with water untill she can't breathe and drowns. In her fear landscape she tries to break through the glass, but the glass deos not shatter to her strength. This fear resembles that she is afraid of being to weak compared to the other Dauntless initiates and her inabilty to escape.

Her next fear takes on two landscapes. The first landscape she is in bed when she wakes up to black shadows in humna form reaching for her and grabbing her. The second lanscpae is when she is walking down the street when all of a sudden people come out of no where, put a bag around her head, and throw her into a van. These two landscapes can show that Tris is afraid of being attacked without a weapon. She does not want to be suprised and out numbered leaving her helpless.

All theses fears can fall under one  category and that is control. Tris likes to be in in control. She does not like being attacked my crows without a place to hide. She does not like the idea of being in a confined space then she can not get out of, limiting her control in the process. Plus she does not like to not be able to have the upper hand and to be taken by suprise. Tris's main fear that has three ways to show itself is the lack of having control. 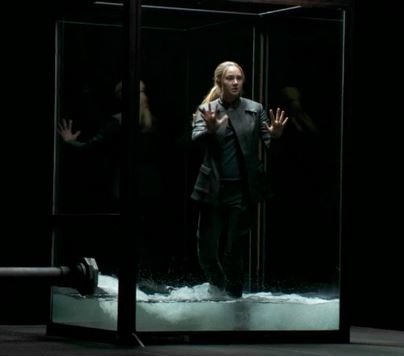